The island is situated at 28º20 "west longitude and 38º30" north latitude. Developing around the volcano that gives it its name, which is 2351 meters high, the Pico has an oblong shape, 42 km long and 15.2 wide, and a total surface area of ​​447 km2. A plateau with secondary volcanic cones ends near the sea on high cliffs, while the lower area to the west has moderate slopes.
The island of Pico is part of the Triângulo dos Açores, together with the island of Faial and São Jorge island. There are sea trips every day between the three islands. Therefore, you can make Baco's the headquarters for your holidays in the Azores.

Developing around the volcano that gives it its name, which is 2351 meters high, the Pico has an oblong shape, 42 km long and 15.2 wide, and a total surface area of ​​447 km2. A plateau with secondary volcanic cones ends near the sea on high cliffs, while the lower area to the west has moderate slopes.

The Culture Zone of the Pico Island Vineyard (Northern Zone), whose existence is due to the Landscape of the Vineyard of Pico Island, is located in the parish of Santa Luzia, São Roque do Pico, Azores Archipelago.

This important zone of traditional culture of the vine of the island of the Pico gives form to a place of protected landscape constituting itself in a vast landscape area located along several population nuclei, as it is the case of the towns of the Lajido, Arcos, Cabrito and Of Santana. 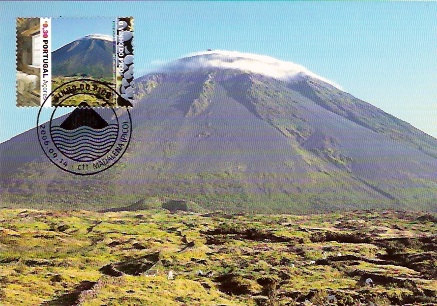 The ground cover is deeply marked by the burnt basalt stone of black color worked in an extensive mesh of stone walls in the form of corrals to give protection to the vineyards.

These corrals acquire several forms by their suitability to the rocky substratum, being in the great majority a rectangular or quadrangular form, with here some semicircular form, where predominantly the fig tree is cultivated. 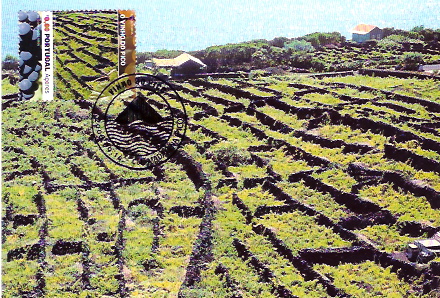 All this space is crossed by roads usually covered with red bagacinas or in the same stone of the walls, where they appear small nuclei of buildings constructed next to the maritime border. These buildings, generally small, have their origin in the need of production, storage and disposal of wine and brandy.

Inside these constructions are cellars, still houses, seasonal houses, manor houses, tidal wells, ports, ramps of varadouro and hermitages of different evocations, according to the religious orientation of the resident populations. 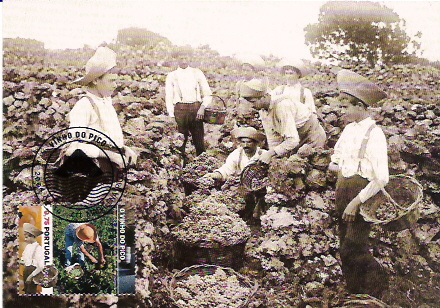 In these places and during many centuries produced one of the most famous Verdelhos wines of the Azores, wine that was exported to continental Europe, arriving to meet the table of the czars of Russia.

This wine has the secret of its quality in the black lavas, where the stone of black color and practically absent from earth were strongly warmed by the sun, thus giving rise to this liqueur wine raising alcoholic content. 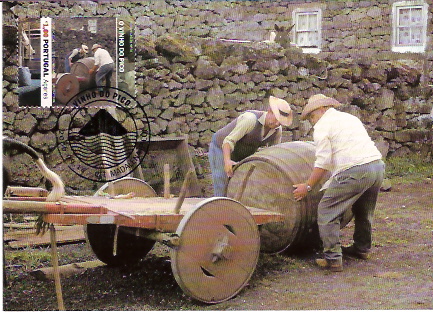 The Pico Island Vineyard Culture Landscape is a UNESCO classified site since 2004, comprising an area of ​​987 hectares on Pico Island, the second largest in the Azores archipelago.

The classified zone includes a remarkable pattern of linear parallel walls perpendicular to the rocky coast line, where the vines are cultivated in black lava floor.

The walls were built to protect the thousands of small and contiguous rectangular plots (called corrals oucurraletas) from the sea water and sea wind, but allowing the sun to enter the necessary maturation of the grapes. 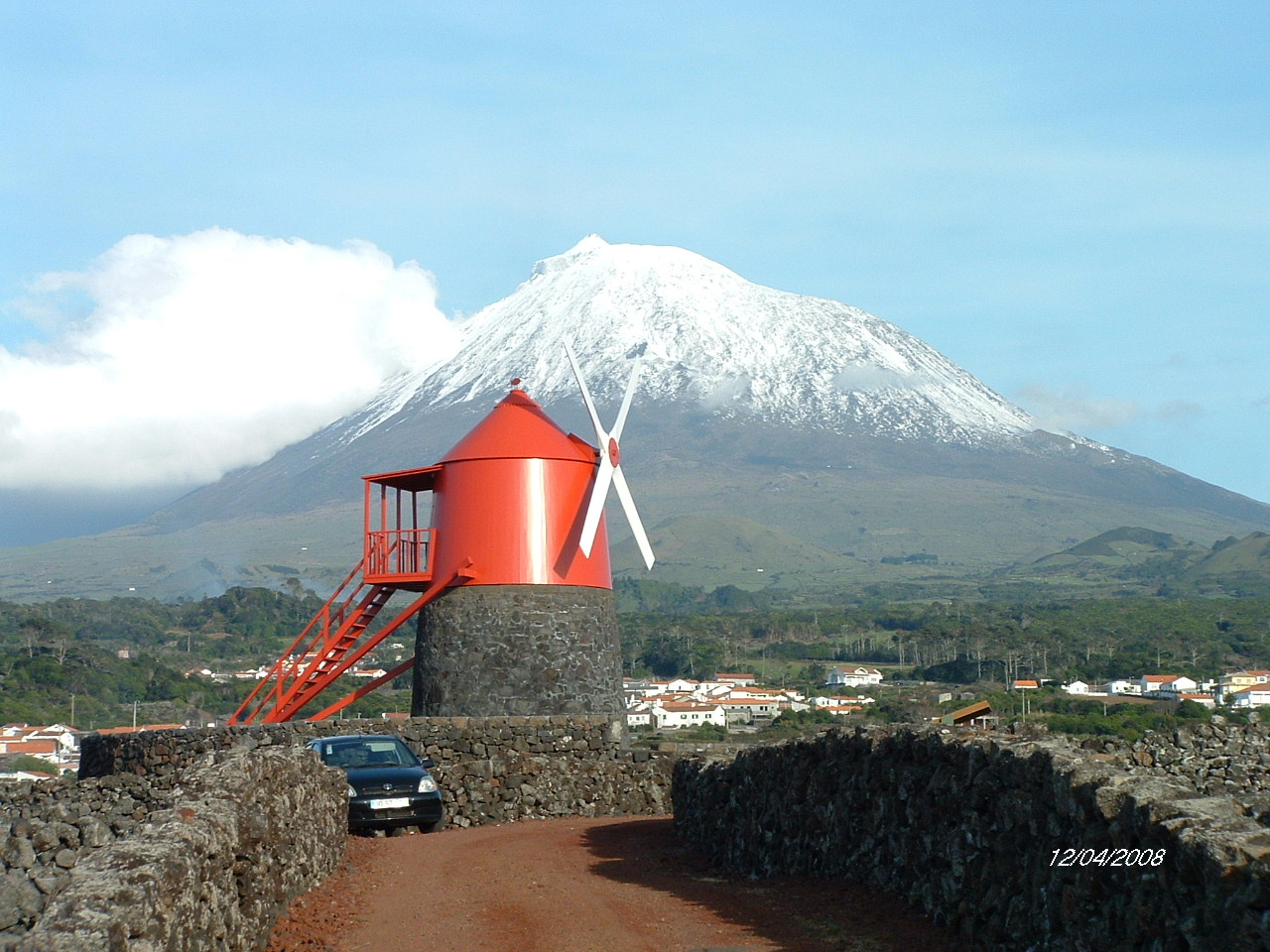 The diversity of fauna and flora present here is directly associated with a rich presence of endemic species of Laurissilva forests characteristic of the Macaronesia, some very rare and protected by law, as is the case of Myrica Fava, often used to make coats.

Records of this winemaking, whose origins date back to the fifteenth century, are manifested in the extraordinary collection existing in private houses, solar from the early nineteenth century, cellars, churches and ports.

The beautiful landscape constructed by the man in this place is reminiscent of an ancient practice, much more extensive in the Azorean region. Its culture was verified, through the centuries, with the help of the Franciscan friars, Dominicans and, later, Jesuits, in the seventeenth and eighteenth centuries.